From the Mailbag – PCP inherently flawed or just misunderstood?

Is there truly a self-sufficient airgun?

I’ve been hit with several questions recently about PCPs and shot count. I’ve been posting a lot of PCP videos so I guess the questions make sense. There’s a general consensus amongst new airgunners that PCP airguns are somehow “crippled” by the fact that you have to fill them with high pressure air and that to be truly effective in the field, you need something that’s fully self-sufficient like a spring or gas ram gun. Well, let’s take a look at that topic.

The first thing you need to realize is that it takes energy to move something. For example, if I want to drive my car, I need some sort of energy to make that happen. It could be gasoline running through an internal combustion engine or electricity from a local power plant stored in batteries, but I need something to make it go.

With an airgun you’ll need some sort of pressure that builds behind the pellet that eventually overcomes the friction of the pellet in the breach and pushes it out the end of the barrel.   This is typically done one of 4 ways.

Gamo Whisper G2 Air Rifle .22 Caliber – a classic example of a break barrel spring airgun Hammerli 850 Air Magnum .177 Caliber Airgun – reasonably priced and very accurate, the Hammerli 850 is a great CO2 Airgun. Crosman Airguns- 760b Air Rifle Pumpmaster Starter Kit- Black – I think most of us started with something like this back in the day! Benjamin Discovery Dual Fuel Air Rifle .22 PCP- Pump Included – This little airgun chanced the minds of many airgunners here in the US.  For the first time you could get a super accurate, easy to operate PCP for under $400, including the hand pump.  It’s what got me started with PCPs and I’ve never looked back!

None of the above scenarios are completely “self-sufficient.” Some may want to argue that the spring / gas ram guns or maybe the pump pneumatic guns are self-sufficient, but they require energy on the part of the shooter before they will fire. The other side of it is that all of them require another consumable, i.e. pellets, bbs, bullets, etc. There’s nothing that will “run itself.” Physics simply won’t allow for it.

Now let’s get back to the question, or issue, at hand. Are PCPs inherently flawed due to the fact that you have to fill them after a number of shots? Not at all. In fact, it’s my opinion that PCPs are the most efficient use of energy that you can get out of an airgun, especially when hunting or pest control is the main goal.

The point of hunting or pest control is to achieve the quickest and most humane way to put food in the pot or dispatch a predator or pest causing damage. PCPs do this better than any other airgun platform. They are more accurate, generate more energy, and are certainly easier to shoot than spring and gas ram guns. There is a cost however, and that is the cost to buy them and to fill them. Yes, you will need to invest in a method to fill your PCP airgun, be that a hand pump, scuba tank, or even your own HPA compressor. Doing so allows you to expend the energy upfront, and take several shots before you need to do so again.

PCPs worth a look… even for brand new airgunners.

If you are a new airgunner, especially if you are in the middle of a transition from firearms to airguns, then taking a look at PCP airguns may be the best choice you could make. The upfront costs may be 4 or 5 times what you were thinking of spending on an entry level springer or CO2 gun, but the additional capabilities are worth the investment. In fact, one of the best purchases you could consider is the Benjamin Marauder. A rifle and pump bundle can run under $650. Add a decent $100 scope and you are sitting at $750 invested. A good springer, which still can’t match the accuracy or performance of the Marauder, would easily run over $400.

Since PCPs seem to be a topic on people’s minds, I’m going to take a little time and talk about some hunting PCPs. These are not your typical PCP airguns, these are big bore airguns and are meant for taking medium and large game down with a single shot. Predator hunters and big game hunters will certainly want to keep an eye on the blog for these! 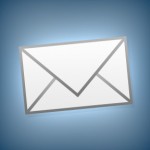 I’ve been hit with several questions recently about PCPs and shot count. I’ve been posting a lot of PCP videos so I guess the questions make sense. There’s a general consensus amongst new airgunners that PCP airguns are somehow “crippled” by the fact that you have to fill them with high pressure air and that […]