Can You Reuse Steel BB’s?

Summary
Many people wonder if they can reuse steel BB’s in an air gun. There are a few reasons this may not be the best idea. From possibly damaging the air gun to reducing performance, we break down the reasons you need to think twice about saving old BB’s for a second round.

Can You Reuse Steel BB’s?
If you love air guns, the thought has probably crossed your mind at least once. Can you reuse steel BB’s? This is one of the most common questions for both the new and even the somewhat experienced shooter. There are certainly plenty of examples where this seems like a reasonable option, such as when the BB’s didn’t hit the target once you fired and they appear to be in pretty good shape. It can be tempting to scoop them up off the ground and reload them, but that may not be the best idea. So, can you reuse steel BB’s? Technically, you can – but that doesn’t mean you should.

Why Reuse
When you ask someone why they are considering loading already fired BB’s to their airgun, the answer is usually about being cost-effective. Why buy new BB’s when you can reload the ones that are still perfectly round because they never hit the target? If you are reusing BB’s to save money on ammo, this is simply a bad reason. When you consider that you can get a box of steel BB’s with around 3,000-5,000 BB’s per case for around $20, the idea of reusing ammo to save money is downright silly. In fact, there are options on the market that cost even less if you are willing to shop for a less premium grade. Many people think the fact that the BB is made of steel (one of the strongest materials known to man) is enough of a reason to reuse it. While steel is definitely stronger than your average metal, it doesn’t mean you should reuse it for this fact alone. When you factor in that you can get affordable steel BB’s without issue, there really is no reason to reuse them.

Why You Should Never Reuse BB’s
Aside from the fact that steel BB’s come in a range of price points, there are a few other reasons that reusing ammo is never acceptable. Let’s take a look at a few more reasons not to reuse steel BB’s in your airgun.

Cost of Air Gun vs. Ammo
While we have already established that the ammo is so affordable that it isn’t worth scrounging it up, there is another matter of cost worth considering in this scenario. The air gun is far more expensive than the BB’s so if you are thinking of scrounging up ammo to reuse it, keep in mind that your airgun was an investment and it isn’t worth the risk of damage just to save a few bucks on ammo.

Dirt Damages Air Guns
Let’s say you have set up a trap near the target area to catch the unused BB’s or you simply scoured the area to find the ones that still look to be in good shape. Many people falsely believe that as long as the BB is still spherical in shape, then it must be okay to reload and reuse. The truth is that there is probably a good deal of dirt and debris on the surface that is nearly impossible to fully clean off. A BB will naturally have scuffs and scratches in the surface from firing and landing, and these surface imperfections pick up a lot of dirt in the process. When you load these seemingly spherical BB’s into your air gun, you are also loading the dirt which can obviously damage your expensive airgun. The BB may even scratch the inside parts of the air gun and lead to costly damage. That reason alone is incentive enough to never reuse ammo, no matter how spherical and unused it may appear.

Slight Imperfections
Another reason not to reuse steel BB’s in your air gun is because the slight imperfections mentioned above can impact the way it fires the second time. While the main power and precision behind the shot is from the mechanisms of the gun itself, having slight surface imperfections may impact speed and control which can make it harder to hit your mark.

Conclusion
In conclusion, while you technically could reuse steel BB’s in your airgun, it doesn’t mean you should as it can lead to damages and loss of performance. It is far better to use ammo once and reload with new BB’s than to take a chance with the lifespan of your airgun. 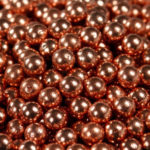 Summary Many people wonder if they can reuse steel BB’s in an air gun. There are a few reasons this may not be the best idea. From possibly damaging the air gun to reducing performance, we break down the reasons you need to think twice about saving old BB’s for a second round. Can You […]