Reaching or surpassing the sound barrier with an airgun is fun and gives bragging rights. While it is something airgunners talk about, there are a few misconceptions about what it really means and why breaking the barrier may not actually be worth it.

There has been a lot of talk about the sound barrier FPS (feet per second) in the airgunning community lately. A lot of airgun enthusiasts choose their gun based on the FPS as a marker of performance. When it comes to the sound barrier and FPS, there is a common misconception among beginning airgunners that you should aim for an option capable of breaking the sound barrier, but there is more to it than that.

What is the sound barrier and how is it broken?

Is it recommended to break the barrier?

When looking at the sound barrier FPS factor for airgun purposes, there are a few things to keep in mind. For starters, the speed of sound is measured in meters whereas an airgun measures the distance traveled in feet so there is the difference of conversion. The second thing to keep in mind is that when an object travels past the sound barrier the object is often impacted by it. An object approaching the speed of sound creates pressure in the air waves in front of the object and creates a significant level of instability. If an object surpasses the speed of sound, these pressures are minimized and the object passes through without as much instability. If an object is transonic and merely approaches the barrier without surpassing it, the object will become increasingly unstable from the pressure waves and vibrations. While it is possible to break the barrier of sound, it doesn’t mean it is always safe or advisable.

What does this mean for airgunning?

Now that we understand how the sound barrier works and why it matters, let’s look at it from an airgun perspective. When looking at the matter of sound barrier FPS, you are looking at an airgun capable of achieving anywhere from 1,000 to 1,600 feet per second at the maximum. The sound barrier is usually broken anywhere between 1,060 to 1,200 feet per second, depending on the conditions. The speed of sound is influenced by outside factors such as elevation, air pressure, and air temperature. You will know if your pellet broke the sound barrier because there will be a sustained crack when you fire that isn’t attributed to the muzzle blast. It is even easier to tell if the pellet is breaking the sound barrier when you use a silencer at the muzzle so the only crack you hear is the pellet breaking the barrier rather than any added noise from the gun itself.

While you can break the sound barrier with an airgun capable of reaching these FPS standards, there is a bit more to it. A larger object passing through the sound barrier experiences turbulence and vibrations causing it to become somewhat unstable. An airgun pellet is considerably smaller so while it creates less disturbance in the air, the impacts are felt with more intensity. This means the pellet will become unstable and unpredictable at certain speeds. As any airgunner knows, you don’t want unpredictable when it comes to accuracy. An airgun with a subsonic speed gives the best control in terms of accuracy, and while a supersonic speed leads to a more stable option than transonic because it moves fast enough to avoid as much disturbance in the air, it will not be as stable as subsonic. So, if you are looking at FPS for airgunning reasons, it is better to stay well below the speed of sound. The transonic and supersonic regions are the areas to avoid in terms of speed and accuracy.

Another way of looking at this from an airgun perspective is to think about the travel path and stability of the pellet at the different speeds of subsonic, transonic, and supersonic. A pellet uses speed and distance to stabilize itself when fired from the gun. The pellet typically spins as it is fired to use the air pressure around it to stabilize the path. The air around it is influenced by the speed of the pellet as it travels. When a pellet is fired in a subsonic velocity, it stabilizes consistently for the most part which gives you an accurate shot. When it is in the transonic speed range, the pellet will flutter a bit in its path as the air disturbances get bigger and harder to pass through. When you reach supersonic speed, the pellet is less stable than at subsonic, and as it drops out of the supersonic region, which it will do fairly quickly because pellets lose velocity so rapidly, it will destabilize and become less accurate.

In conclusion, it is possible to break the sound barrier with an airgun. If you are just looking to try it out and see if your airgun can hit that speed, it can be a fun way to play around. Keep in mind that you will lose one of the main benefits of an airgun: they are quiet! However, if you are looking to achieve accuracy, you will need to keep in mind the way the various speeds impact the way the pellet travels. Since most airgunners want accuracy over cool tricks, most people will try to keep the FPS of their airgun under 950 feet per second so they still get considerable speed without losing the accuracy results. If you have a very powerful airgun, the only way to achieve those speeds may be by using very heavy pellets. 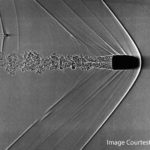 Reaching or surpassing the sound barrier with an airgun is fun and gives bragging rights. While it is something airgunners talk about, there are a few misconceptions about what it really means and why breaking the barrier may not actually be worth it.  The Sound Barrier FPS  There has been a lot of talk about […]