How Powerful is a Pellet Gun?

This is actually a very important question and one that may take more than a single article to cover.  But, let’s give it a try.  The first thing we need to talk about is the difference between velocity and energy.  The term “powerful” is often, and incorrectly, interchanged with FPS or Feet-Per-Second which is actually describing velocity.  So when you see an airgun on the shelf proudly proclaiming 1500 FPS, they are referring to VELOCITY not ENERGY.

Look at it this way…a single square of toilet paper could be traveling at 500 feet-per-second.  Would you feel it if it hit you?  Possibly not. But a bus, moving at 15 FPS (about 10 MPH), would certainly leave a permanent mark.  You get the idea now that just because something’s moving fast, unless there’s some mass to go with it, there’s little to no energy (or power) behind it.

So while Feet-Per-Second has its place, unless every manufacturer agreed to test with the same projectile, you can’t compare the FPS claims between manufacturers.  One product may say it can get 700 FPS and another may say 1000 FPS.  It’s possible that the 700 FPS product is actually more “powerful” depending on the weight of the projectile they used in testing.  In order to know power, from this point on we’ll focus on Foot-Pounds-of-Energy (FPE), you need to know both the velocity and the mass of the projectile.

Now with that all out of the way, let’s start looking at some airguns and talk FPE.

If you want more power, and who doesn’t, you need to look at PCP pellet guns.  Not only can they push projectiles weighing in at over 500 grains (yes we’ve tested some 520 grain .45 cal slugs and they are AWESOME!), but you can also vary both the pressure and the volume of the air that’s used to drive the projectile down the barrel.  This changes everything.

Let’s use the Colt .45 ACP (Automatic Colt Pistol) as a comparison when we talk about energy in PCPs.

The fact is, that many of today’s modern, large caliber PCP pellet guns, actually produce much more energy than a .45 ACP round.

Let’s look at a couple starting with the .45 caliber AirForce Texan with the high-pressure carbon fiber tank which can produce a massive 700 foot-pounds-of-energy, nearly double that of a .45 ACP!  And it’s not the most powerful on the market today.

Hatsan has a .50 caliber airgun promising up to 800 foot-pounds and some custom airgun builders are getting over 1000 foot-pounds using helium or a helium hydrogen mix. Yeah, as you can imagine, it’s getting pretty wild out there!

Picking the right FPE for you is all going to come down to what you want to use it for:

The bottom line is this: do your research understanding that while FPS is an important measure, you really need to know the FPE of what you are looking to purchase.  This will help you make the right pellet gun choice the first time.

What’s the Difference Between FPE & FPS?

Let’s put things into perspective. A typical 22 long rifle bullet weighs about 36 grains and travels at 1250 FPS at the muzzle.  When you do the math, that comes out to about 125 FPE.  The typical break barrel advertising 1250 FPS usually does so with a very light pellet. Probably tested with a lead-free alloy pellet like the Gamo PBA Platinum Pellet, which is .177, is only 5.1 grains.  So while it may go 1250 FPS, with a mass of only 5.1 grains, you are only looking at about 18 FPE.  That’s a FAR cry from 125 FPE of the lowly 22LR.  Even though it may be traveling the same velocity, it doesn’t have anywhere near the same amount of energy because the pellet has little to no mass.

What if you put a heavier pellet into a 1250 FPS break barrel?  Well, you’ve increased the weight of the pellet, but have not increased the power that drives it.  So the result is that you will probably still have around the same FPE because the heavier pellet will just travel more slowly.  If you want to get more energy, you need to use more power.  In this case, you need more air pressure and volume, to get the job done.  You can’t do this with a break barrel because the power plant, along with the volume in the cylinder is not adjustable.

What’s the Future of Pellet Guns?

Well first of all, this means that modern airguns are far more powerful than people may realize.  Some of them dwarf firearms in what they can do and that is actually a little scary.  How far is too far has yet to be distilled down, but we are getting pretty close to that point frankly.

Regardless of how much energy they produce, they all need to be treated with the same respect as any firearm.  Even a basic break barrel can cause serious injury and death when used improperly.  Airguns, just like firearms, are serious business and need to be taken seriously. 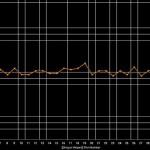 This is actually a very important question and one that may take more than a single article to cover.  But, let’s give it a try.  The first thing we need to talk about is the difference between velocity and energy.  The term “powerful” is often, and incorrectly, interchanged with FPS or Feet-Per-Second which is actually […]