Testimony of an Airgunner

I hope you will indulge me in this article as I’m going to talk about some personal experiences. But I believe it’s an important point that will help us all grow as shooting sports enthusiasts, and also encourage others to join the sport.  It’s simple. Shooting airguns will make you a better shot with your firearms, and I’m living proof.

It was about 4 or 5 years ago that I had the chance to shoot what I would consider “long-range.”  Sitting at a table at Range Day, the representative handed me an AR Variant chambered for the 6.5 Creedmoor. When I asked where my target was, he pointed at a 24″ disk at 800 yards.  Feeling intimidated, but knowing I’ve always wanted to shoot WAY out there, I decided to go ahead and give it a try.  It was a windy day, so he told me to take a ranging shot just to see where I was hitting.  To my surprise, it was not that far off, about three mil-dots right and one mil low.  I adjusted and put the next four rounds on target with ease.  I’m not sure who was more surprised, the representative, or me!  The conversation that followed is the point of this article.

Airguns Force You to Have Better Form

He asked me if I had ever shot long-range before, and I simply said, “no, this was my first time.”  His response was, “you must shoot a lot then.”  I said, “I shoot mostly all airguns for my work as a product reviewer and consultant.”  His next response surprised me as he said, “That makes sense.  Airgunners are always a better shot.”

Being living proof of the concept, I’ve spent a long time thinking about why airguns are so useful for trigger time regardless of what you like to shoot.  I believe it all comes down to the fact that airguns require shooters to have better form, more patience, better follow-through, and better trigger control.  When you translate this up to firearms, you see a significant improvement in all categories.

Nice Theory, But Where’s the Science?

So here’s the “why” behind it all.  Your typical .223 is throwing lead at about 3100 FPS.  Yeah, that’s not a typo, it’s 3100 FPS.  The amount of time that the round stays in the barrel is milliseconds, if not less.  The bullet is long gone before you can even think about checking to see the result of your shot.   Because of this, any slight movements after pulling the trigger have a lot less impact, allowing room for bad habits to develop.  Now let’s look at what happens with your typical airgun.

The best teacher is a traditional, but precision-made, break-barrel.  My favorite right now is the SIG ASP20.  It’s probably the best built, most consistently accurate break-barrel airgun that I’ve shot, period.  Shooting in .22 caliber, the SIG propels a standard lead .22 caliber pellet at +/- 800 FPS. Where the .223 was in the barrel for just a fraction of a moment, the pellet from the SIG is in the bore for about four times the amount of time your typical .223 round is in the bore.

Everything you do before and after the trigger pull now matters and impacts the flight of your pellet.  Every movement, right down to your breathing, grip tension, hold into your shoulder, follow-through after the shot, it all matters, and any change from shot to shot will directly impact where the pellet lands on the target.  You will see the results even when shooting at only 10 yards.  And, the effects are magnified the further you shoot.  Learning how to do everything the same way every time is what makes you a better marksman.

Developing this disciplined muscle memory is where airguns work to make you a better shooter.  Because you don’t need 1000 yards for training, you can shoot in your basement and see a dramatic improvement on your next trip to the range.

It’s All About the Follow-through

Where I’ve found airguns to help is in learning proper follow-through.  Blackpowder shooters know this principle well.  For your shot to land true, you have to keep discipline and maintain your hold on target long after you’ve pulled the trigger because everything happens much more slowly.  If you treat an old black powder rifle like a smokeless, high power rifle, you’ll have a hard time hitting your target.   It’s the same principle with an airgun.

Shooters spend a lot of time on trigger-pull and everything before the shot, but it’s what happens after they pull the trigger that has a more significant impact on repeatable accuracy. Nothing teaches this better than a decent spring or gas ram powered airgun.

PCPs also do a good job, especially if you are looking to shoot longer ranges.  Where the break-barrel tops out at 50 yards, high end modern PCP airguns can group one MOA (minute of angle) at 100 yards in the hands of the right shooter.  Take that form and technique and translate it to a precision firearm, and you’ll be amazed at just how improved your results at the range will be.

It’s one thing to hear about it.  It’s another thing to experience it first hand.  But, there I was, sitting at the bench hitting at 800 yards with ease.  And the day did not stop there. I shot a bunch of firearms that day, from the bench and freeholding, and the results were the same.  At one stand, I was shooting a suppressed bolt action .308 at a hostage target 200 yards away and tagging the bad guy in the head 7 out of 10 times from a standing position.

I give all the credit to the trigger time I’ve spent with my airguns.  I’m so glad that I started where I did, shooting magnum springers that made you work for each and every shot.  If you want to be a better firearms shooter at the range and in the field, then get into airguns.  They will make you a better shooter. 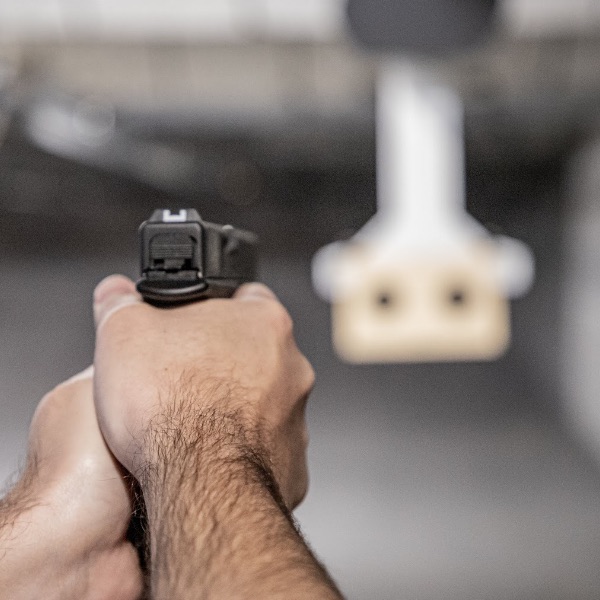 I hope you will indulge me in this article as I’m going to talk about some personal experiences. But I believe it’s an important point that will help us all grow as shooting sports enthusiasts, and also encourage others to join the sport.  It’s simple. Shooting airguns will make you a better shot with your […]