What is the Muzzle Velocity of a .22 Caliber Airgun?

It’s important to know the differences so that you get the right airgun or the job and understand its limitations.

.22 caliber pellets come in all shapes, sizes, and weights.  They start at around 9.7 grains and go up to 34 grains. In order to talk about muzzle velocity, we will take a look at one of the most popular pellets and go from there.  For this exercise, that’s going to be the JSB 18.13 domed.  While typically considered to be one of the heavier .22 caliber pellets, it’s proven to be extremely accurate in airguns shooting at all velocities.

Muzzle Velocity of a .22 Pistol

Pistols shooting on the lower end are great for plinking and target shooting.  The more powerful airgun pistols can be suitable for small game and pesting, in the hands of the right shooter.

Moving up to break barrel rifles you’ll find a similar range of stats, with lower-powered airguns pushing the 18.13 grain pellets around 550 FPS up to over 800 FPS.  When you do the math, that puts the lower-powered break barrels making about 10 foot-pounds and the higher-powered ones pushing about 26 foot-pounds. There’s a lot of potential here, both for general target shooting and small game hunting.  With an ultra-magnum break barrel shooting the 18.13 grain JSB at, say 750 FPS, you can probably take game-like raccoon, opossum, and other similar game with confidence.

Muzzle Velocity of a .22 PCP Rifle

Take a traditional PCP like the Benjamin Marauder.  It’s affordable, very accurate, and reliable.  When set up correctly, it will push the 18.13 grain JSB pellets around 900 FPS or 33 FPS.  This is an ideal velocity for pellets when you want to push them beyond backyard distances.  It’s also a lot of power on tap.

If you want to take things to the max, you can look at something like the .22 caliber Seneca Eagle Claw lever action.  On paper, it tops out at about 1070 FPS.  Having tested this rifle, we know that it can do this and more.  When shooting the 18.13 JSB pellets at 1070 FPS, the power output is around 44 foot-pounds, but it has a little trick up its sleeve.  It can push pellets much heavier than 18.13 at similar velocities, which dramatically increases its power output and useful range.  It also handles heavier slugs that, with their superior ballistic coefficient, retain velocity and energy well beyond the typical pellet.

Is there a limit to velocity in a .22 caliber pellet gun?  The short answer is: yes.  Not getting into physics and a long drawn out explanation, the theoretical limit when shooting pressurized air is about 1600 FPS.  It has to do with the physical limitations due to the size of the air molecule itself.  You can only push it so fast through a hole before you hit a bottleneck that simply can’t be overcome.  Or can it?

Some manufacturers and extreme hobbyists are playing with inert gasses, like helium, that essentially blow that limitation out of the water.  Because the molecule is much smaller, you can move more of them through a hole a lot faster.  So that 1600 FPS limit becomes more like 4400 FPS.  With the right valve and seals, you are looking at better than firearm performance out of a gun run on inert gas.  It’s certainly an interesting, albeit impractical, concept that demonstrates just how far the sport of airgunning can go.

What Have We Learned?

Here are some key takeaways you need to get from this post.

Unlike a .22 long rifle rimfire cartridge, .22 caliber air rifles operate at dramatically varied muzzle velocities.  This is further complicated by the various weights of pellets and airgun slugs currently available.

When looking at reported muzzle velocities, it’s essential to know what pellet was used for testing. That will give you a good idea of the kind of performance and energy you can expect.  With this information in hand, you can make an educated decision on what .22 cal airgun will be ideal for your needs.

And don’t forget that if you need help making the right choice, just give us a call here at Airgun Depot.  We are always here to help. 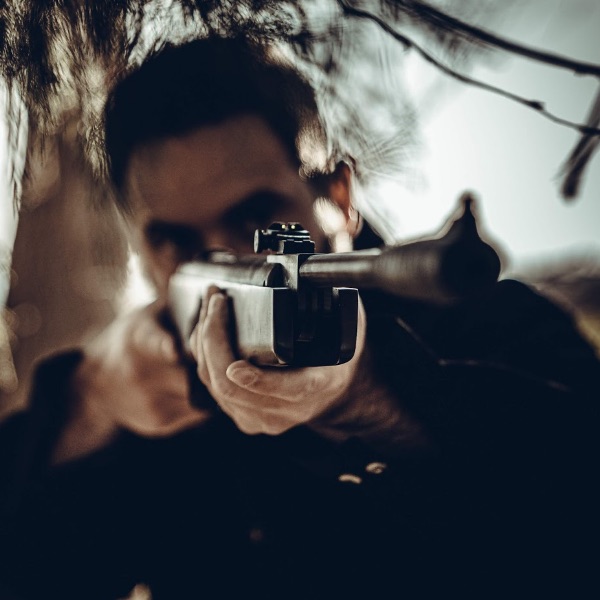